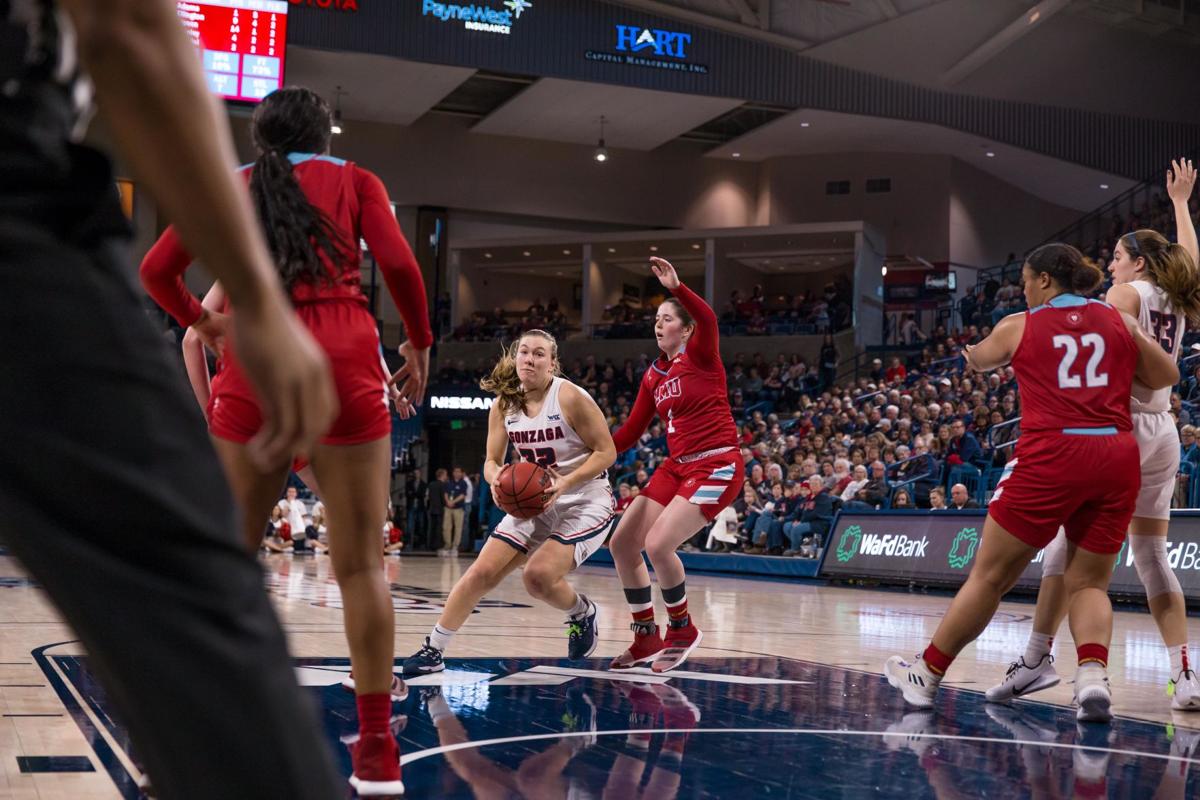 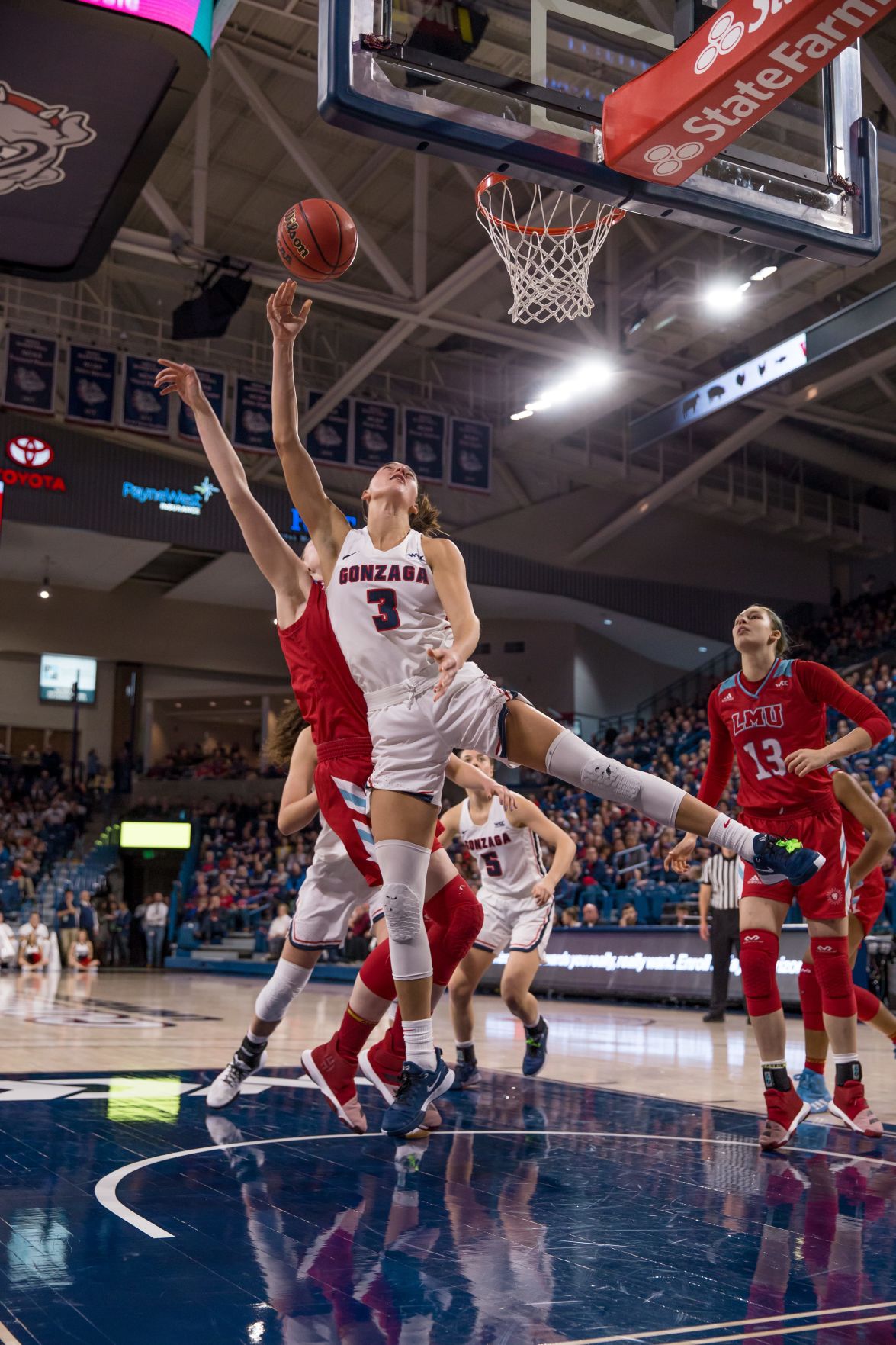 Jill Townsend said shooting was like throwing a ball into the ocean, as the junior guard tallied a career-high 28 points to lead No. 13 Gonzaga women’s basketball to a 78-52 victory over the LMU Lions.

“[Townsend] played great. She was focused,” head coach Lisa Fortier said. “I know she is the kind of person who is used to those kinds of big moments and carrying a lion’s share of the load, she used to do that in high school, she has done that for us here, that is kind of how it has always been for her.”

“I can’t even remember half of the 3’s I took, but I just know they went in, so it was just one of those nights and it was a lot of fun,” Townsend said.

Jenn Wirth started the game fast on her way to a second straight double-double, winning the opening tip and scoring GU’s first four points. LMU hung around early, but Townsend’s first 3-pointer with 6:40 remaining in the first quarter gave the Zags a lead they would not relinquish.

The duo of Townsend and Wirth combined for 17 of the teams 22 points, including nine points on three 3-point makes for Townsend and eight points to go along with five rebounds for Wirth.

“We are just difficult to defend,” Fortier said. “Ok, so you take [Townsend] away, well then you’ve got Katie [Campbell] and Melanie [Kempton] and Jessie [Loera] and you’ve got Jenn [Wirth], so it is just really difficult for other teams and they have to make a choice.”

The Lions played better in the second quarter as GU turned the ball over seven times while only connecting on five field goals. Townsend and Wirth scored nine of the Zags 13 points and GU’s bench remained scoreless despite playing 18 first-half minutes.

In the third quarter, an 11-4 rebounding advantage boosted GU to its largest lead of the game, 18 points, and Townsend continued to deliver from beyond the arc, draining two more 3-pointers and eight total points. GU’s shooting dipped slightly, but as the game turned to the final quarter the Zags led 54-40.

“I think that just the fact that we continued to execute and do the things we talk about from the beginning even when we were tired and even when the game was going on and we had some fouls and this that and the other thing, they just continued and really endure is the word we used in the locker room,” Fortier said.

As the game came to a head, Townsend ensured the Zags would be on top. The junior scored six more points early to stretch GU’s lead to 20 points before Fortier removed the starter.

For good measure, junior Louise Forsyth — who saw an uptick in minutes with Kayleigh Truong’s absence — hit three straight 3-pointers with five minutes remaining to put the Lions away.

Saturday’s win marked the halfway point in the WCC calendar and GU will now face the challenge of playing against teams for a second time.

“It gets fun and it gets crazy [in the] second half, but we have done as much as we can to this point, so we are really proud of that,” Fortier said.

Next up: Gonzaga women’s basketball will stay home for a match-up with San Diego on Thursday at 6 p.m. The Zags bested the Toreros 57-42 when the teams met earlier this month in San Diego.