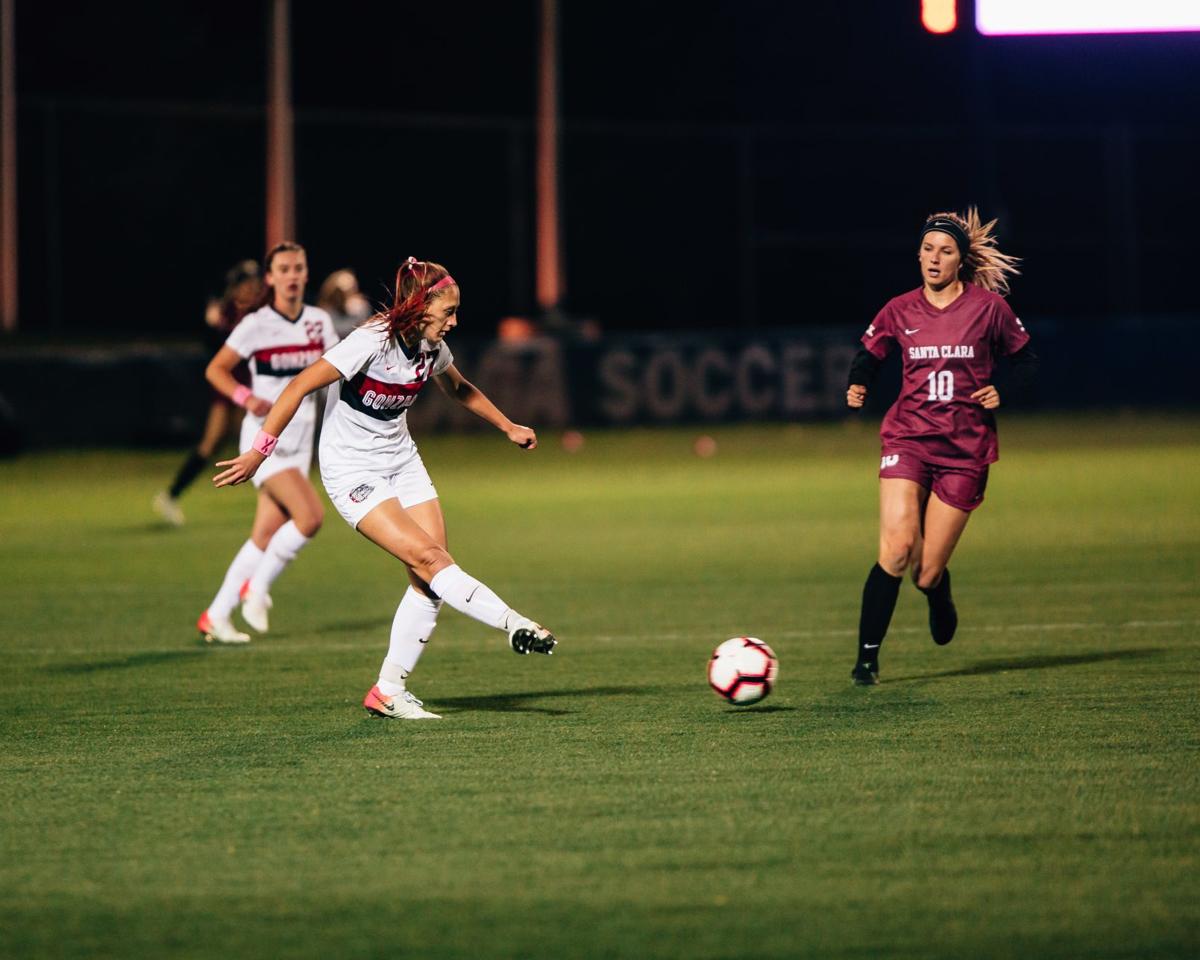 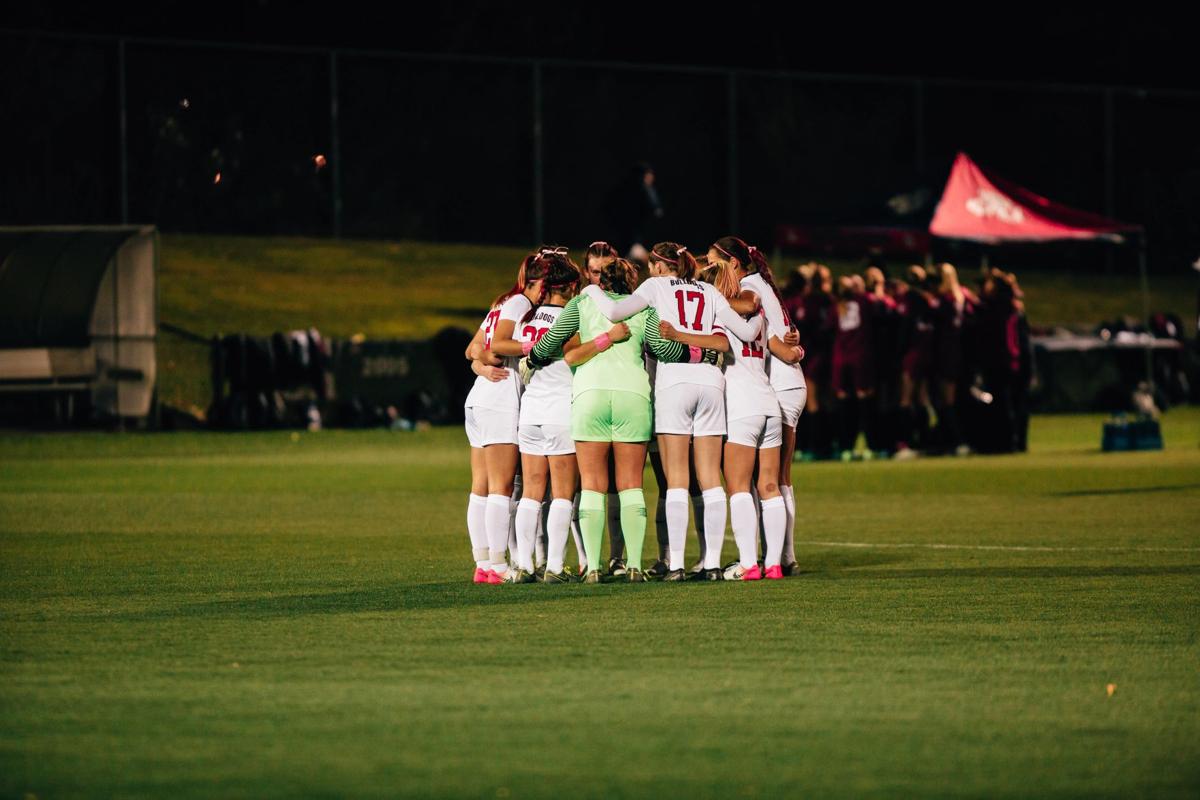 Gonzaga women's soccer huddles up before the game.

Gonzaga women's soccer huddles up before the game.

Gonzaga women’s soccer fell 1-0 to the Santa Clara Broncos Saturday, but fought hard for the ball in a strong showing against the WCC’s top team. Santa Clara remains undefeated in conference play, but the Zags aren't too far behind.

GU had six shots in the first half and five in the second, compared to SCU's 10.  Santa Clara's Kelsey Turnbow, returning to her hometown of Spokane, scored one point less than three minutes into the game, and they managed to hold on to that lead for the entire match.

"I think we can we fight for every ball," said Watkins. "We're going to duke it out, we're blue collar and they're a white collar team."

Goalkeepers Isabel Jones and Lyza Bosselman each had two saves at the goal, compared to seven saves by SCU.

The Zags showed up to play hard in this tough conference game, and Watkins was satisfied with their offensive effort.

"I like what we're doing in the midfield. We're carrying the ball forward, getting into the offensive third in the field really easily," Watkins said.

SCU was previously ranked early this season in the AP Top 25, and their strong defense was a good test for the Zags, who look to end the season near the top of the conference. But at this point in the season, there are still other tough games coming up in conference play.

"We have a lot to play for, you know, to have this much to play for at the end of October," said Watkins. "So we go to practice everyday thinking what could be more to come."

Jordan Thompson, a junior defender, played all 90 minutes of the game and has plenty of experience playing against the Broncos in her years at GU.

"We've beaten ranked teams before and we started off pre-season playing two different ranked teams and we held our own really well against them," she said. "So just going in and knowing that we can do it and that the team is capable of winning the game is huge."

Santa Clara is a strong team, but GU women's soccer has been showing up ready to win. Thompson is proud of the hard work everyone is bringing to the table, and they're working together to achieve new goals.

"I think what I'm most excited for our team is just how much we've grown and how much we continue to grow and practice every day and on the field every day,” Thompson said. "It's super exciting to come into games like this in Santa Clara, where two years ago we may not have necessarily had as much of a chance to win in this year. We go in expecting to win."

At this point in the season, the Zags still have much to look forward to, and Thompson said they're ready to battle to the end.

"I think for us, the team morale is excitement, and energy obviously gets a little hard when you're towards the end of the season,” she said. “People are banged up and you're feeling really tired, but the fact that we have so much to play for still is huge. In previous years we've gotten to this point the season and we don't have much to play for, it's just trying to boost the record or get some wins if we can. This time it's to get to the tournament."

GU women's soccer is still ready to take on what lies ahead.  Their eyes are on the prize, which means getting to the WCC tournament.

"Obviously, our end goal is to get to the NCAA tournament and have a running for a conference title, which is really exciting. We finally have the opportunity to do that this year, which is different than it's been in the past," said Thompson.

The Zags take on St. Mary's College next in Moraga, CA on Saturday, November 2.

Club rugby at Gonzaga revolves around fun, growing the sport

Gonzaga's indoor, outdoor track programs build on each other