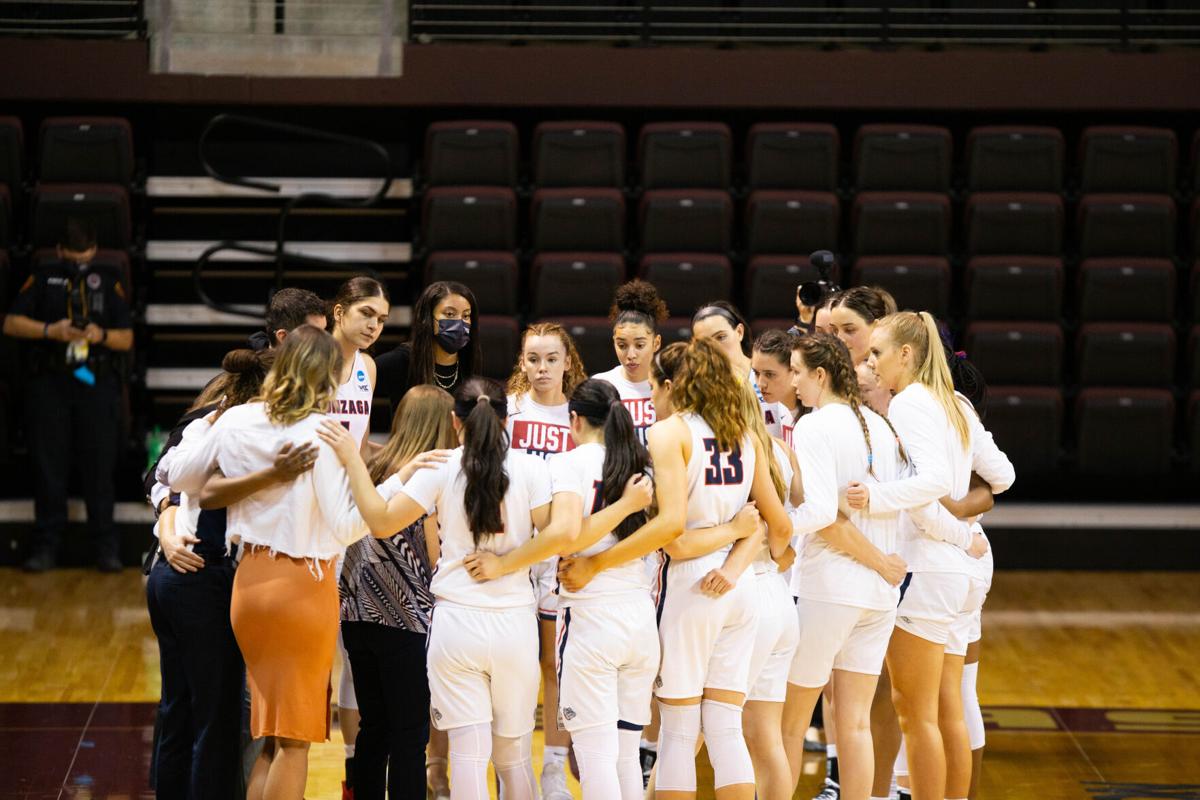 GU rallied late to get back in the Monday's contest after falling behind for most of the second half, but Belmont proved to be too much. 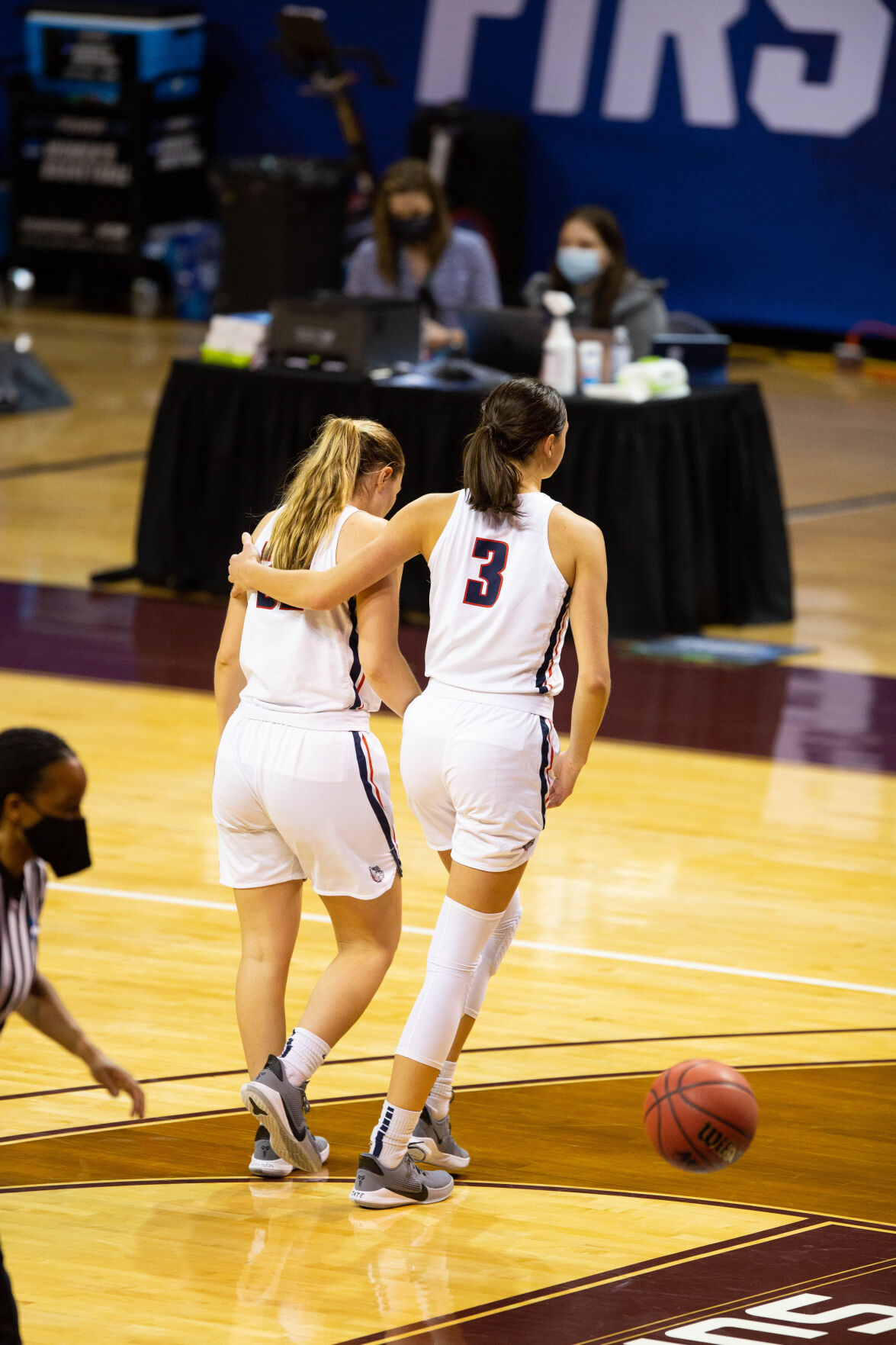 Senior guard Jill Townsend announced that Monday's game was her last in a GU uniform after dropping 17 points.

GU rallied late to get back in the Monday's contest after falling behind for most of the second half, but Belmont proved to be too much.

Senior guard Jill Townsend announced that Monday's game was her last in a GU uniform after dropping 17 points.

Senior guard Jill Townsend led the team with 17 points and six rebounds and LeeAnne Wirth had 10 points, eight rebounds and one assist.

However, they could not stop Belmont and freshman guard Destinee Wells, who ended the game with 25 points, two rebounds and seven assists.

“Belmont played really well, let me tell you, Destinee Wells is tough to guard, and we tried a bunch of different things with her and she made plays, they made plays,” said Lisa Fortier, GU head coach. “Our whole team made some nice plays but between our turnovers and the trouble we had with her it was a tough out for us.

"We shot 55% from the field and didn’t make all our free throws. I thought if we could have one or two things go our way it could have been a different outcome. They’re a good team, which we knew going into it, and unfortunately for us they made more plays than we did.”

The Zags started off with the lead in the first quarter. With Townsend, LeeAnne and Jenn Wirth leading the team, with senior guard Abby O’Connor, hitting a few 3s to end the quarter up 22-13.

During the second quarter, the Zags were stopped on offense and couldn’t keep up on defense. Belmont went on a 12-0 run and continued its momentum after that.

“They’re in good shape, the future is bright for the Belmont program with [Wells] at the helm,” Fortier said. “I think if we could have done a better job of guarding her one-on-one then that would have been good. We were switching ball screens, we were icing ball screens, the problem with players like her is they are quick, they’re good at finishing and they can shoot the three.”

According to Fortier, it was the turnovers and free-throw differences that got to the Zags. Belmont made 83.3% of its free throws while GU made 57.1%. Belmont also had 11 steals on GU.

Overall, this was a really tough loss for the team. It could possibly be the last game in a GU jersey for the team's seniors like Jenn and LeeAnne Wirth, O’Connor, Louise Forsyth, Gillian Barfield and Cierra Walker. However, they may choose to return because of the NCAA COVID-19 guidelines for next season.

For Townsend, this was her last time dawning the jersey for sure.

“As of now, I’m not coming back,” Townsend said. “It’s been a long year, I think every athlete can attest to that. They can attest to all the mental struggles that COVID and everything brought upon it and it’s a lot for a person to take. As of now, yeah, I’m not playing at Gonzaga.”

Both Townsend and Fortier discussed how disappointing this loss is for GU and how they had hoped to stay in San Antonio for a bit longer.

“It’s a hard pill to swallow,” Townsend said. “It was my dream to make an NCAA run, it’s every kids dream. This was my last chance to do it, this was the year, to come so short, I mean, obviously it hurts. It will probably be in the back of my mind for a little bit, probably a while honestly, I’ll probably think about it for the rest of my life. But try to put that on the back burner and think about all the wonderful moments in-between.”

While the locker room was not happy by any means, Fortier expressed the gratitude she felt for the team and how happy she is to have so many people who care so much in the program.

“There’s a lot to learn from the feeling of disappointment just like there is for joy,” Fortier said. “I mean two weeks ago we were celebrating on the floor with tears of joy and today it’s something very different. I think the lesson is it’s important to find things you really care about.”

She explained that she didn’t know what was going to happen with the team in January because of all the adversity it was facing and how fragile the team was. She said she’s incredibly proud of this team for living up to the challenges placed in front of them.

“I’m grateful that I have players who care and coaches who care,” Fortier said. “I have gratitude for the fact that we played 25, 26, 27, I don’t know how many games we played, we played a bunch of them, a lot more than I thought we were going to play. So, I guess I’m sad for our team but I have a lot of gratitude that we had the chance to do what we did with these people.”

Commentary: Corey Kispert, one of the greatest Zags all-time