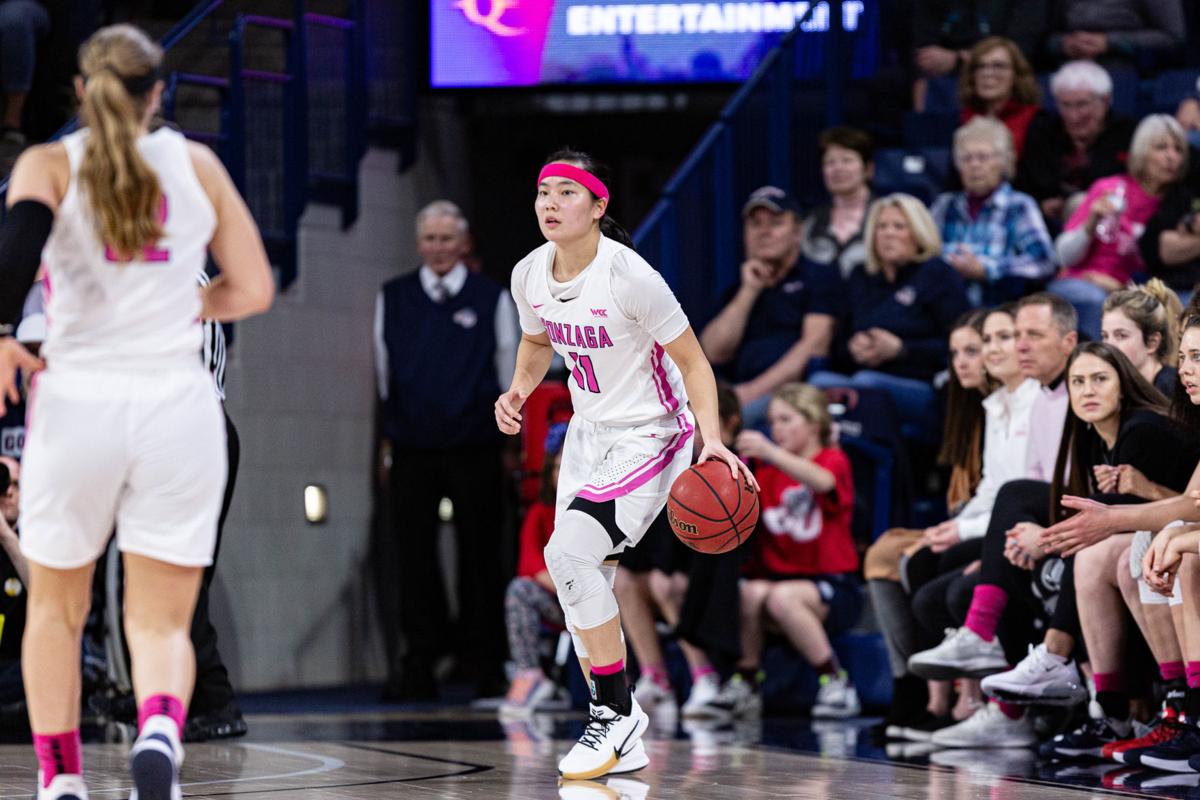 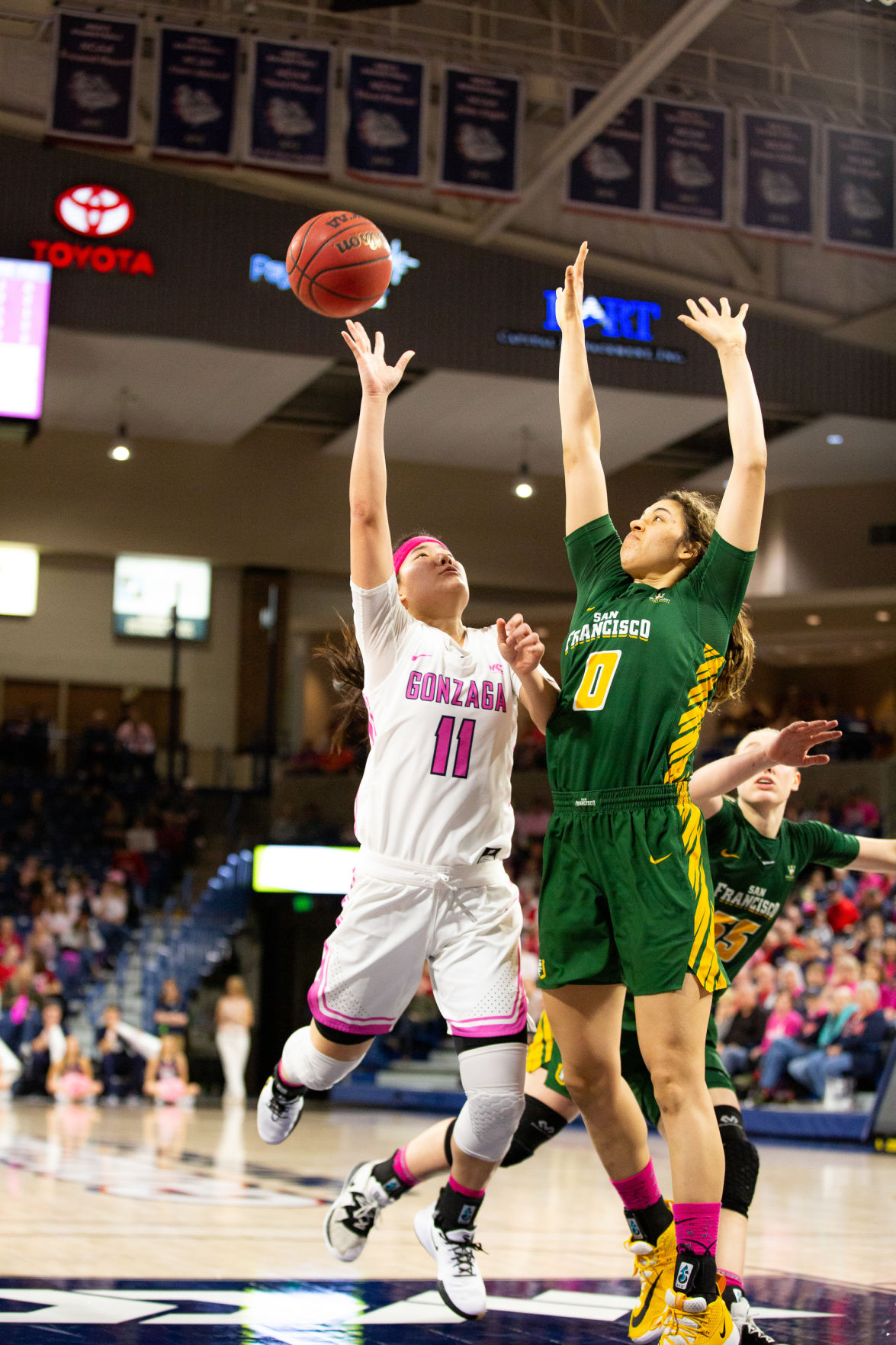 Kayley Truong drives in for the basket, scoring 5 points in the team's 56-38 win on Feb. 13 against USF.

Kayley Truong drives in for the basket, scoring 5 points in the team's 56-38 win on Feb. 13 against USF.

After a season-ending injury to starting guard Katie Campbell, Gonzaga women’s basketball was forced to make changes to its starting lineup.

This led to freshman Kayleigh Truong getting her chance to shine as the team closes out the rest of the regular season and rolls into the postseason.

Truong began the season as a rotational bench player, receiving an average of 16 minutes per game as she showed her ability to immediately impact games with high-level shooting and ball-handling. In the season opener against CSU Bakersfied on Nov. 10, she scored 18 points and followed it with back-to-back 12-point games the next week.

Truong earned her first start against Pacific University earlier this month. She has started every game and her minutes have bumped up to 26.5 per game since Campbell's injury.

Head coach Lisa Fortier said she is working hard to find ways to make Truong fit in the rotation. Earlier in the week, junior guard Jill Townsend said it would take multiple players stepping up to replace Campbell's shooting and defense.

“It’s a different thing for Kayleigh to have to do,” Fortier said.

Fortier said she believes there are many areas where Truong and the team need to improve to get where they need to be.

“They are out there now with a player who does not have as much experience, so any mistake becomes more obvious," Fortier said. “There’s slippage that happens and I don’t think we are communicating as much as we should. I think we need to start holding them more accountable.”

Truong was nervous to start at first — she had no idea that she would be put into this role so early in her GU career.

“Coming in, I was just hoping to gain some experience coming off the bench, I did not expect I would be a starter,” Truong said. “It’s not that much different, I mean, I’m still just playing basketball. It’s just the initial start that’s hard. ... I'm doing the best I can to do what I need to help the team.”

Truong is joined on the team by her twin sister Kaylynne. The two have worked hard together to get to where they are.

"Playing with your best friend is something special,” Kayleigh said.

Kayleigh said she believes it gives the team an extra advantage.

“I think, to other teams, it seems intimidating having two sets of twins ... like we have special communications with each other," Kayleigh said.

“I’m excited for her,” freshman guard Kaylynne said. "Of course, we’re sad that Katie got injured. ... She’s had such a big role on this team for years. Those are big shoes to fill but [Kayleigh] can try. ... I’m excited to see her starting and playing basketball.”

Truong needed some help preparing for her new job as a starter.

“Position-wise, [senior guard] Jessie [Loera] has been so helpful,” Kayleigh said. “She’s experienced, she’s been here the longest, she knows the ropes.”

Loera said she tried her best to keep Truong hyped and motivated.

“I keep telling her, it's just another game," Loera said. "I know it’s a different role but it's still the same offense and same defense. I talk to her off and on the court, answering any questions she may have."

Parker Seeberger is a staff writer.