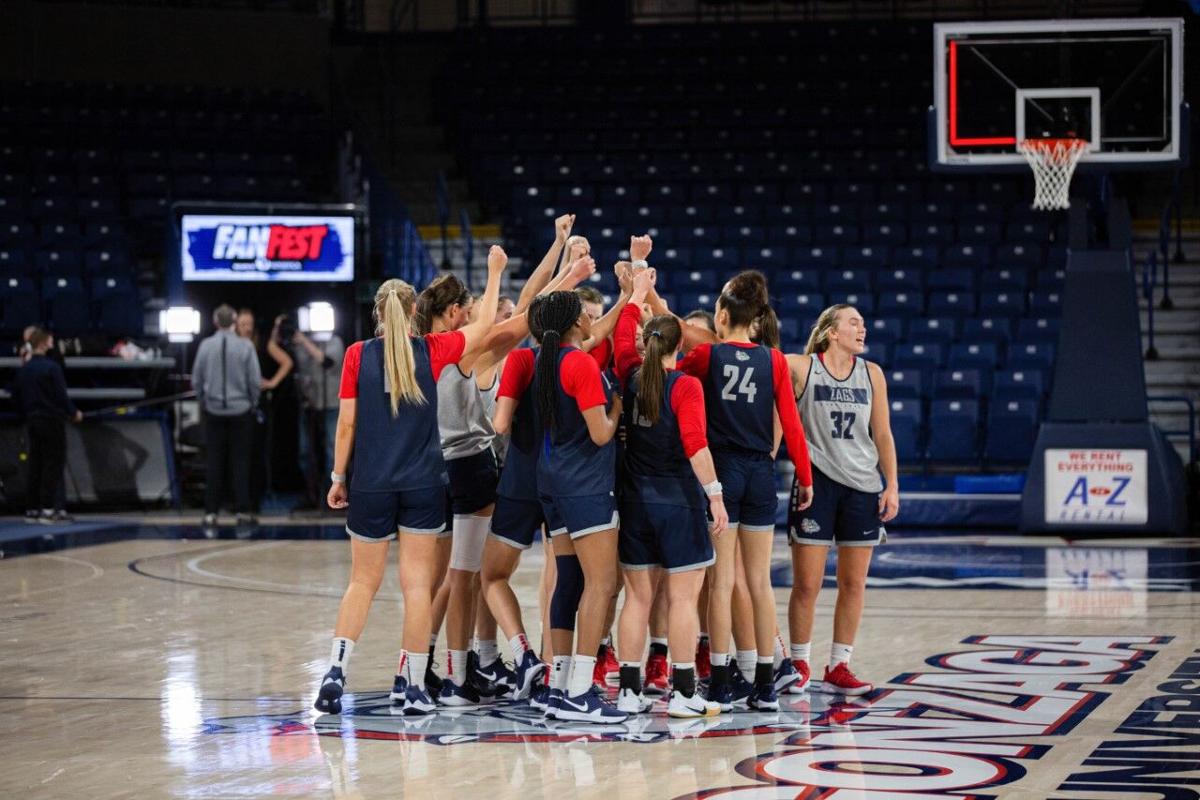 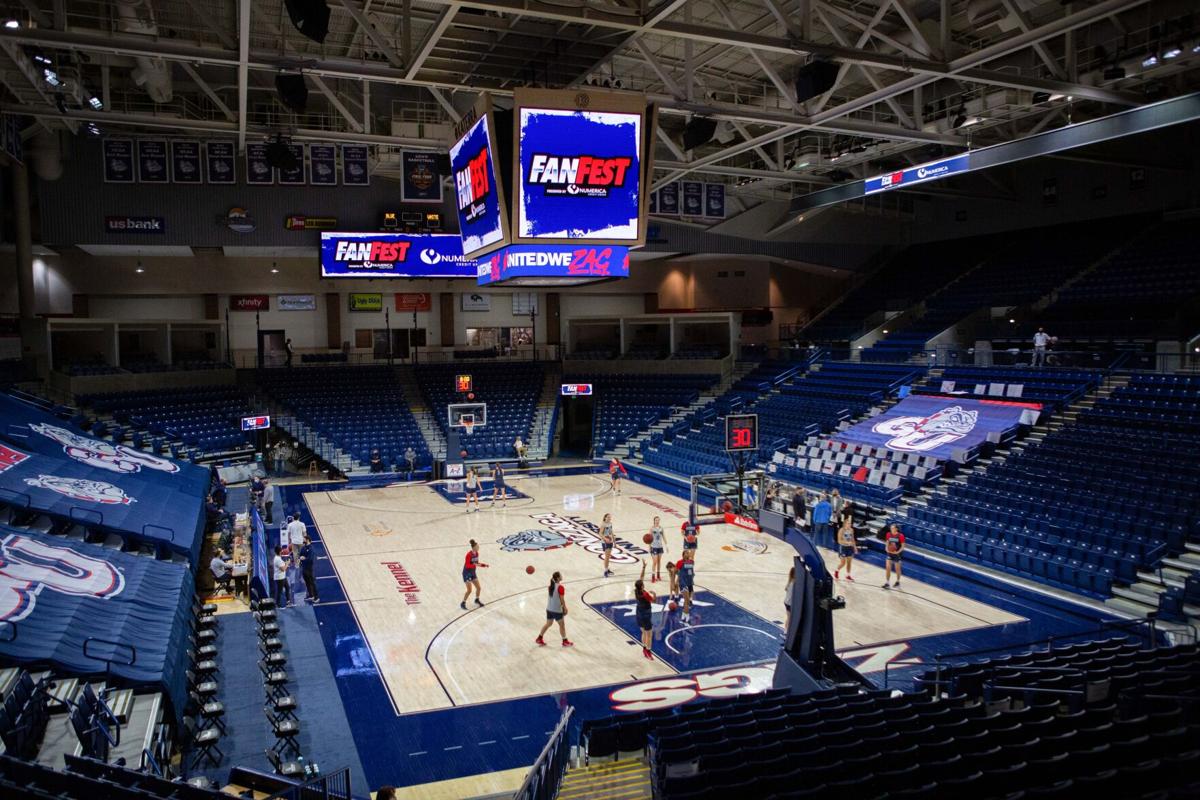 No fans were in attendance at the Gonzaga women's basketball's 2020 Numerica Fan Fest event Tuesday night.

No fans were in attendance at the Gonzaga women's basketball's 2020 Numerica Fan Fest event Tuesday night.

An empty McCarthey Athletic Center wasn’t going to stop the Gonzaga Women’s Basketball team from holding its annual Numerica Fan Fest on Tuesday.  With GU supporters watching at home, the team competed in an inter-squad scrimmage.

The absence of fans meant a different look to this year’s festivities compared to previous Fan Fests. There was no pregame introduction speech from Head Coach Lisa Fortier, as she elected to watch the scrimmage as a spectator. The three-point contest was also nixed.

The omission of past traditions opened the door for new features to this installment of Fan Fest. Before the event kicked off, players were treated to enthusiastic pre-game introductions from Craig and Lisa Fortier’s three children. Marcus, Calvin and Quincy Fortier took turns announcing each squad’s starting five on the jumbotron above center court.

“It was really fun doing that at our house the other day,” Lisa said. “That was the highlight of the week for our kids.”

Following a relatively one-sided first half, the white squad came roaring back to take seize control late in the game. An 18-5 run powered a comeback for the white team after they trailed 16-9 heading into the break. The blue team’s offense sputtered down the stretch, shooting just 3-for-11 in the second half including 1-for-6 from behind the arc.

The lone three pointer came via Jenn Wirth as she cut the blue team’s deficit to three points heading into the final minute of the scrimmage. Wirth led her squad with eight points and four rebounds.

The blue team had multiple opportunities to tie the scrimmage, but the white team hung on for a 27-24 victory in a very competitive scrimmage.

For the white team, it was sophomore Kayleigh Truong that carried the squad’s offensive load throughout. Her 11 points led all scorers on both sides, while also going 4-for-8 from the field including a pair of three-pointers.

“She looked really confident,” Fortier said. “She stepped up in the times they needed a big shot."

Fortier expects this performance and attitude from her starting guard to carry over in the regular season as she is expected to be a leader for this year’s Zags team.

“One of the best parts about Gonzaga is the fans,” Fortier said. “For us, the atmosphere and the fan support and community involvement in our program is one of the things that sets us apart.”

Fortier recognized that the circumstances could have implications on player availability, however she expressed confidence no matter what obstacles are thrown at the Zags going forward.

“Our players have the right mentality,” she said. “We just show up everyday knowing that whoever we have, we’re going to create something that’s great.”

One thing the Zags will have to generate is their own energy while playing in empty arenas across the country.

“We need to just step up as a team and be our own cheerleaders,” Truong said.

GU will open their 2020 regular season on Nov. 28th against the University of Oklahoma in Sioux Falls, South Dakota.

Men's Basketball: Gonzaga takes down Auburn to own the Fort

Thanksgiving Football 2020: what it means for Gonzaga students