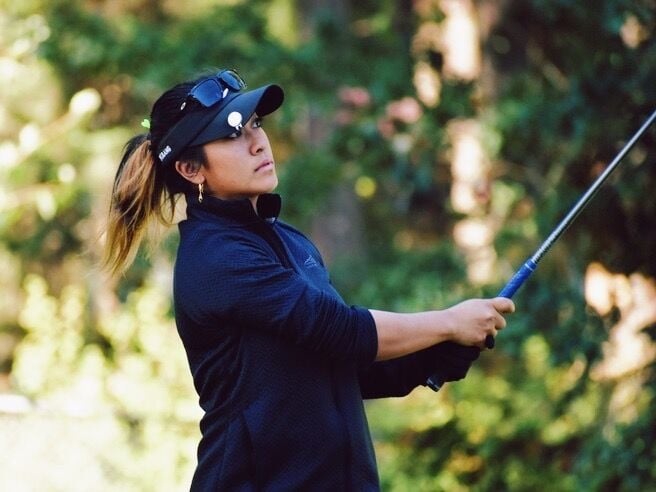 Led by fifth-year senior Jessica Mangrobang, the Gonzaga women's golf team is set for what the team believes will be a promising season. 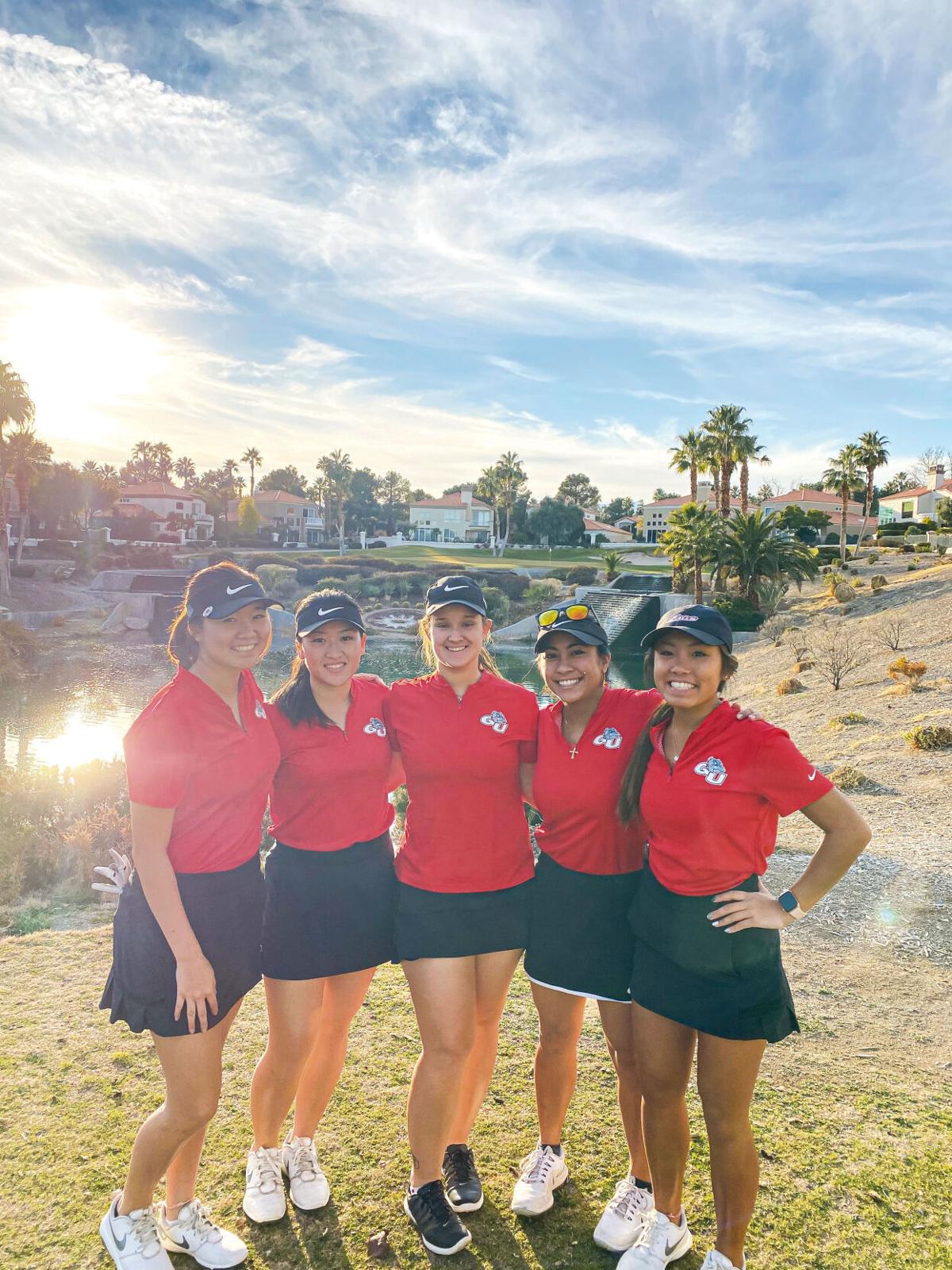 Led by fifth-year senior Jessica Mangrobang, the Gonzaga women's golf team is set for what the team believes will be a promising season.

After a record-breaking 2019-2020 season cut short by COVID-19, the Gonzaga women’s golf team is ready to hit the course competitively for the first time in over nine months.

In fall 2020, the Zags were gaining momentum as they earned back-to-back team tournament wins at the Coeur D’Alene Resort Collegiate Invitational, their home tournament, and the Pat Lesser Harbottle Invitational hosted by Seattle University. At that tournament, the Zags posted school record-low 18- and 36-hole scores, propelling the team to a 13-shot victory. Junior Quynn Duong also took home medalist honors with an individual win, finishing at -7 overall and a four-stroke victory.

As the team was performing at their highest level yet, the quickening spread of COVID-19 caused the spring season to come to a screeching halt.

“Coming into the spring semester, we were super excited, we had high expectations for ourselves to do well and make it into the postseason, but of course COVID cut it short,” said fifth-year golfer Jessica Mangrobang, who is utilizing her extra year of eligibility granted by the NCAA to continue leading the Zags this season.

The Zags have had to wait even longer to build on last fall’s success with the competition canceled in fall 2020. The 2020-2021 season is limited to just the spring, with the highly-anticipated West Coast Conference  (WCC)tournament occurring at the end of this shortened season.

The team has been working hard on re-developing routines during this unusually long break from competition. They want to be prepared to combat any hesitation or trouble with getting back into the competitive mentality, since there is still so much uncertainty surrounding COVID-19 and its potential effects on this spring season.

Another added challenge for the Zags has been finding ways to practice outside in Spokane’s winter weather.

“We’re trying our best to travel to Tri-Cities, or Walla Walla, or Moses Pointe in order to practice outside so that we can have practice on grass instead of just being inside hitting on mats,” Mangrobang said.

Seeking out those opportunities will give the Zags a better chance at success with tournament play beginning next week.

This spring the Zags are predicted to finish fourth in the conference. Duong and Mangrobang have both been selected onto the All-WCC Preseason team based on votes from the five league coaches. But Mangrobang believes that everyone on this year’s team has potential to fill a leadership role, which could help propel the Zags to an even more successful spring campaign.

“Honestly, that’s the funny thing about our team, is that everyone could be a leader. I don’t think there’s such thing as seniority or age in terms of our group because we just see each other as equals and we just help each other whenever we can,” Mangrobang said.

The main factor fueling the Zags’ motivation this semester is getting back into the competitive mindset that comes with regularly participating in tournaments.

“I love competing, I love being able to perform under pressure, so I just really miss the tournament setting,” Duong said.

The Zags’ spring 2021 schedule features six tournaments along the West Coast, providing the team with the opportunity to travel, which hasn’t happened since last fall.

“It’s been a while since we’ve traveled, so I’m just really excited to go back out there and start playing tournaments again,” Duong said.

While some tournaments on the schedule will be new to the Zags, other venues are more familiar, which returning Zags are excited for.

“I’m excited for the Red Rocks Invitational since we’ve already played that one. So we have a little bit of experience there,” Duong said.

Traveling and competing in tournaments regularly will also allow the team to get back into the rhythm of competition and hopefully gain momentum throughout the season.

“I prefer having tournaments more frequently so that you’re just constantly in that [competitive] mindset,” Mangrobang said.

Mangrobang also noted she and the rest of the team are excited to hit the ground running in order to make the most out of this one-semester season. Between the mental preparation and the effort the squad has taken to maximize their practice opportunities, the team is optimistic about the season.

This year’s squad also has strength in numbers, boasting the largest team in recent years. A larger team could lead to a higher standard of play and further elevate the team’s performance.

“This is the biggest team that we’ve had in a while, so it’s super competitive even within the team right now,” Duong said. “I think this is the best that we’ve been in a long time.”

The Zags open their season on Feb. 15 at the Rebel Beach Intercollegiate tournament in Las Vegas, Nevada.