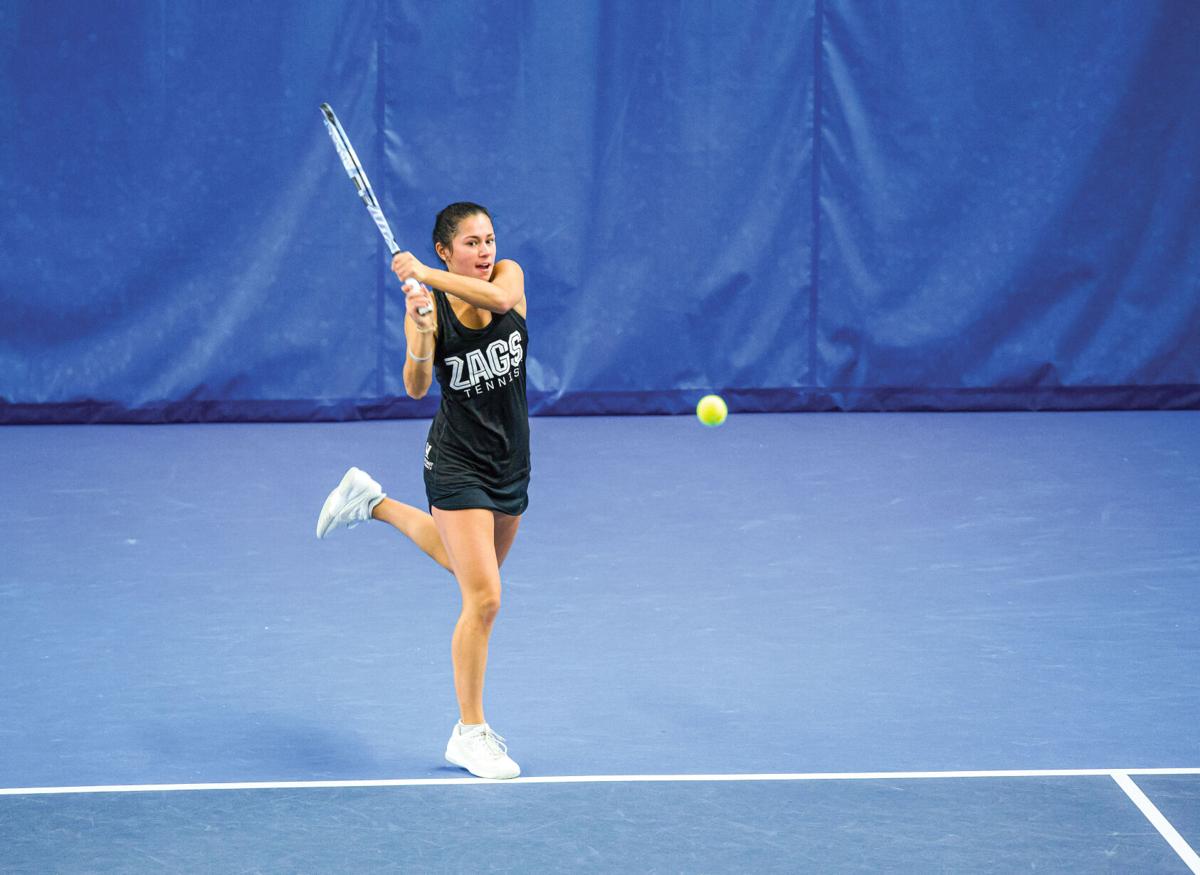 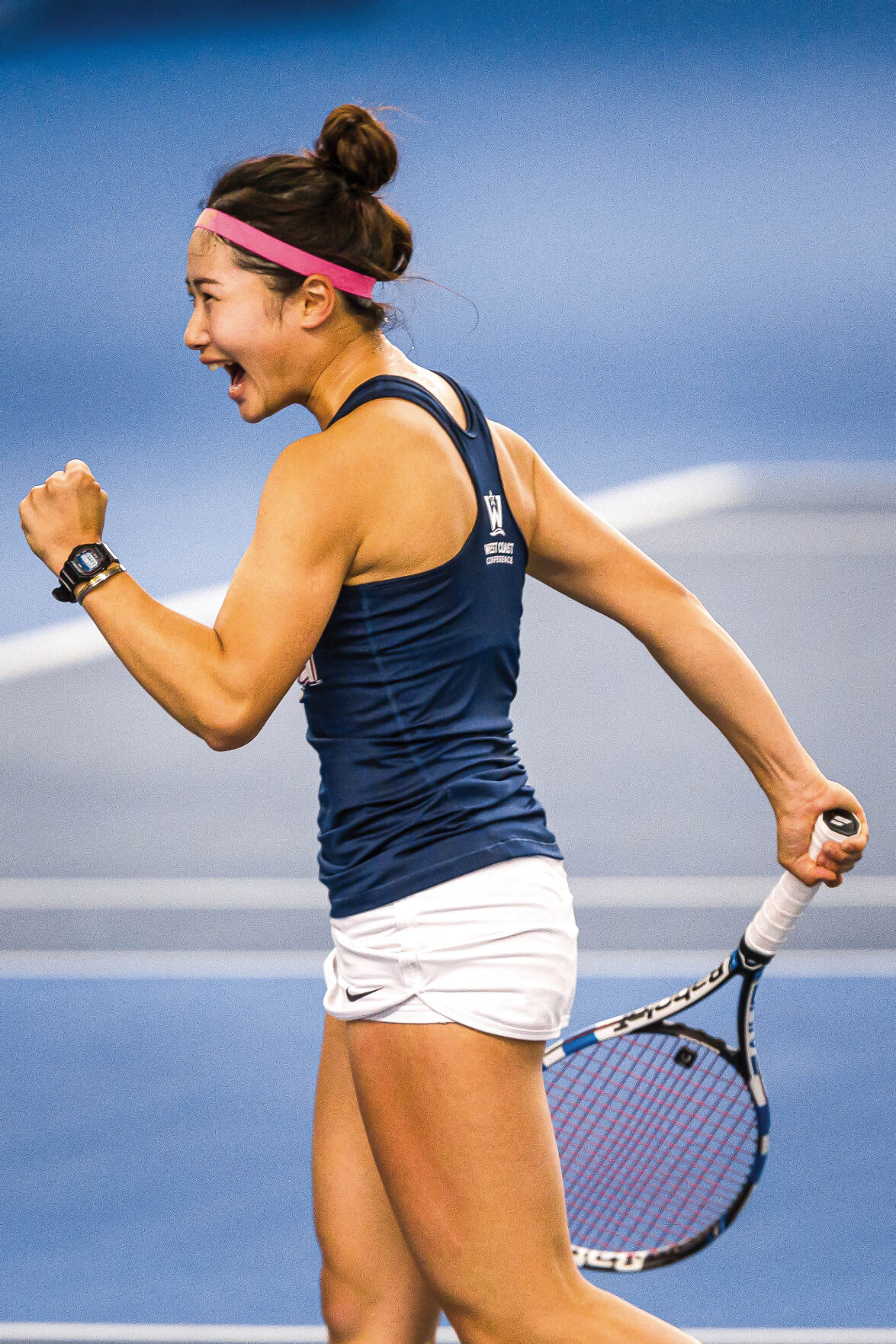 Haruna Tsuruta will also return as a graduate student to the 2021 Gonzaga women's tennis team.

Haruna Tsuruta will also return as a graduate student to the 2021 Gonzaga women's tennis team.

The Gonzaga women’s tennis team looks to produce a strong season after its previous season was unexpectedly cut short. During preparation for a match during their annual spring break trip last year, the team received news that the season would be canceled due to COVID-19.

“It was definitely heartbreaking,” said Kate Ketels, a graduate player. “Just because that was my senior year and I definitely wanted to go out with a bang.”

Despite the abrupt end, the team was able to stay connected with each other during the summer, longer than they had in previous years, thanks to Zoom videos.

Because of COVID-19, the team has been social distancing, wearing masks, being tested and playing without fans in the stands, and the nature of tennis allows for no contact and plenty of distance between opponents.

The precedent set by the basketball teams and the behind-the-scenes work put in by the training and administrative staff have allowed for this season to take place.

The team must remain flexible and take every game as it comes, as positive tests before matches may lead to postponements, like with University of Montana earlier in the season.

COVID-19 has not changed the expectations for the season as the team sets out to win a conference championship and progressively improve.

In spite of the many restrictions, the team has scheduled more home matches than ever before. The match against Pepperdine University, a national powerhouse, will be the ultimate test as GU has never defeated the Waves.

The return of two graduate players, Ketels and Haruna Tsuruta, along with graduate transfer Hannah Jones has bolstered the roster.

“My goal is to make NCAAs and play the tournament because we’ve never made it before,” said Haruna Tsuruta. “I just want to play and have fun, because it’s my last season.”

“They’re such powerful kids and they’ve done such an amazing job over their career,” said head coach D.J. Gurule of the graduate players. “And so it’s just really amazing to have back. And with all our additions, we were a little nervous on how everybody fit together, but this team is extremely tight and extremely cohesive and really cares about each other a lot, which goes to show in everything they do.”

Another key to the program’s achievements is attributed to assistant coach Natalie Pluskota-Hamberg. A former collegiate and professional player, Gurule and players alike cited her compassion and attentiveness for the players and the genuine support she provides both technically and emotionally.

“She’s by far and away one of the best, not just assistant coaches, but coaches I’ve been around,” Gurule said. “What sets her apart is how she cares for the kids. She deserves a lot of credit.”

The team is coming off a record-high collective GPA of 3.72, recognizing that one of the things they have control over is academics.

“We want to not only excel on the tennis court, but we want to excel in the classroom, and we want to get out into the community and do all of the community service that we normally do,” Ketels said. “Being a student athlete is a lot more than just being good at your sport. We’re here to be students first. And it’s kind of like icing on the cake to be able to play a sport and go to a great school.”

Noah Wong is a staff writer.